Nigerian afro pop singer, Peruzzi has finally reacted to the outburst of one Patrick Anyaene, who is a record producer and record label owner.

Patrick called out Peruzzi for breach of contract saying he signed for Davido’s DMW while still being under contract at his own label, Golden Boy Entertainment.

The man didn’t stop there, he also hit Davido. He listed some of Davido’s hit songs and claimed they were recorded by Peruzzi while he was still under him.

But right now, Peruzzi has a different story to tell in tweets that lasted just 5 minutes before getting deleted. 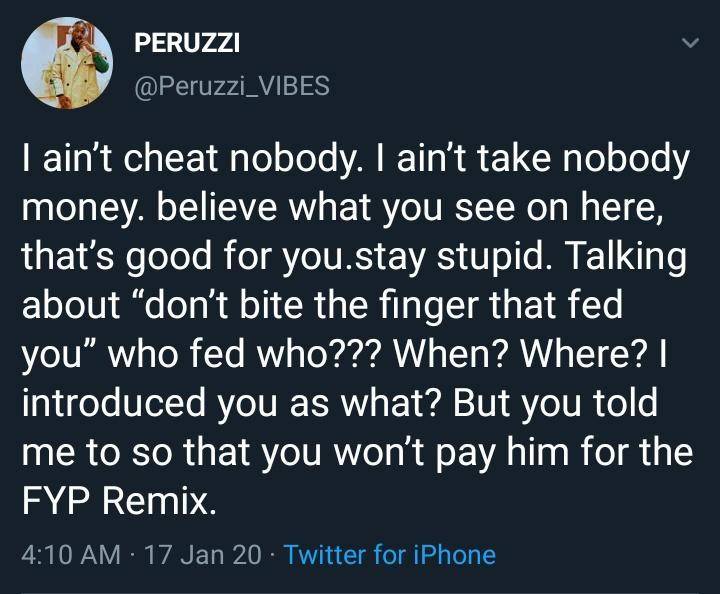 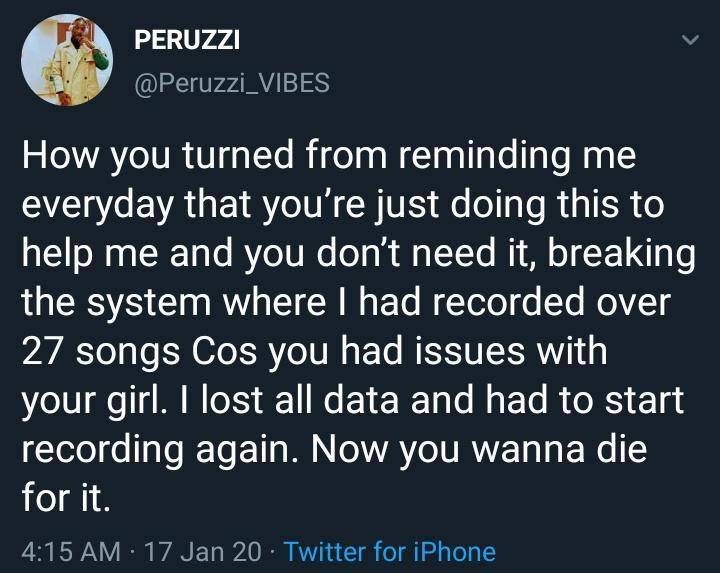 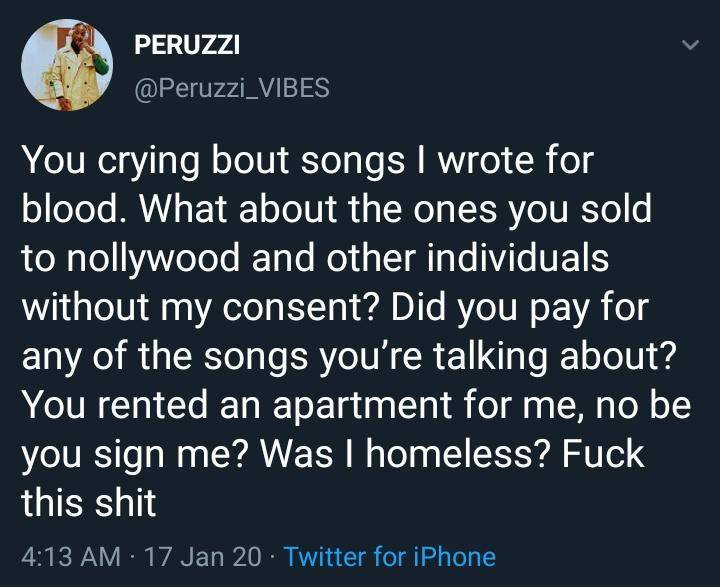